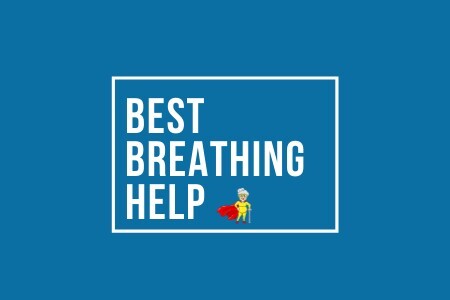 Allergies can be more than annoying. Histamines create inflammation. Clean the air to avoid allergenic particles.

The Mooka True Hepa+ Air Purifier is the best air purifier for medium size rooms up to 540 sf. This is the air purifier that eliminates viruses, bacteria, pollen, pet dander, pet allergens, mold, smoke, and odors. 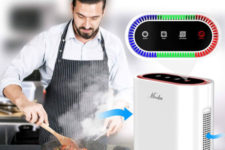 Use this link to buy the Mooka Air Purifier on Amazon.

It’s incredibly hard to find a good air purifier that leaves off a negative ion generator. I don’t think these are healthy. I wish manufacturers would stop including them in their products.

While the Mooka True Hepa+ does have a negative ion generator, this feature has its own off switch. It’s an excellent machine, you just need to remember to turn off the ion generator.

The Mooka’s HEPA filter removes over 99.97% of air particles larger than 0.3 microns. The activated carbon removes smoke and odor. The UV sterilizer removes viruses and bacteria.

There are three types of ultraviolet light. UVA and UVB are what we get from the sun. UVC is very energetic and dangerous. It doesn’t pass through the atmosophere to the earth, thank goodness. It’s the most powerful form of ultraviolet.

The Mooka monitors the air for pollutants. When the monitor finds something to clean, the Mooka raises the fan power to clean more air.

Why Buy the Mooka True Hepa+

How to Buy the Mooka True Hepa+ Air Purifier

Use this link to buy the Mooka Air Purifier on Amazon.