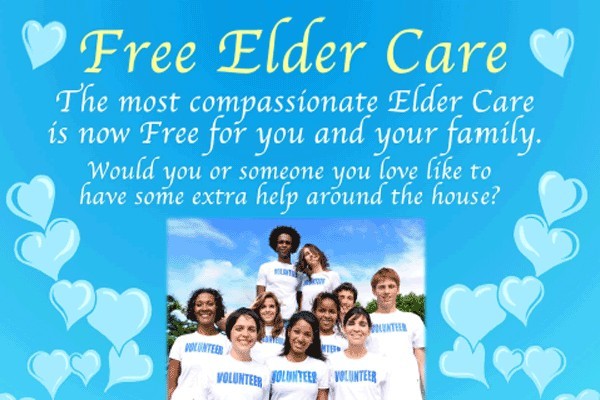 “One of the elders I helped was almost blind but loved to read so much, so I would read to him and he would give me such a nice smile. When I volunteer, I feel like I am the one being helped. “

– From the Elder Helpers site

Elder Helpers is a platform that matches volunteers with seniors. It is a great idea that I would endorse, but something seems to have gone wrong. This article is the author’s opinion, based on facts gathered from the internet. Decide for yourself. Do your own research.

Is Elder Helpers a legitimate organization? I think it started that way. Now, I am not so sure. My guess is that Elder Helpers is a well-meaning but under-funded organization to the point of being dysfunctional. Elder Helpers can be frustrating for both the volunteers and the seniors who use the website.

Volunteer Tasks You Can Request

Elder Helpers matches volunteers for all tasks a senior needs except for medical help. Volunteers help seniors shop, get places, and even fix things around the house. Volunteers mow lawns and cook dinner.

The Good About Elder Helpers

Volunteers pay for their own background checks. That means volunteers are motivated. However … please see below, as this is actually not quite true.

Most Elder Helper reviews are positive. View reviews on SiteJabber. However … many are not, which you can read about below.

An Elder Helpers customer representative has answered 40 questions on SiteJabber.com, the latest being 2 weeks ago. As of posting this article, Elder Helpers has 100 positive reviews,

Elder Helpers advises seniors not to pay their volunteers. It is ok to offer food or presents.

I cannot help but be impressed at the Elder Helpers staff’s responses to Complaints Board complaints. Some of the “complaints” are mistakes, such as the one complaining about lack of training for medical duties. The complaint is clearly in response to a problem at a different organization.

I think it’s fine for an internet company with significant expenses to charge for their services. However, it is not fine if they tell their potential “customers” that the service is free. Despite posters and web profiles to the contrary, Elder Helpers is not free. The charge is a mandatory, monthly donation of $50.

Elder Helpers offers “free” volunteer help in their posters and volunteer site postings. This is a significantly misleading message about a service that actually costs $50 per month, or $600 per year!

Second… $600 a year is much too much to ask of elderly people who need volunteers. If they have $600, they can just hire someone.

As of this posting, Elder Helpers has 31 negative reviews on SiteJabber.com. There are over 20 unanswered questions. You can view complaints on Complaints Board.

To get a refund, you and Elder Helpers both have to exhaust all possible volunteer choices in your area. If you cannot get a volunteer after that effort, Elder Helpers refunds your donation.

Since it can be difficult to reach support staff, you might find yourself in a frustrating situation. You have paid for a volunteer list, but cannot get a volunteer, and cannot get help from Elder Helpers.

If this happens to you, write to your credit card company. Ask them to reverse the charge based on “failure to deliver services.”

Elder Helpers does not take phone calls. I am guessing it is because they do not have enough staff. However, it is a weird choice, when their clientele were born before the information age.

Their donation address is a Post Office box in Michigan. However, their “brick and mortar” address is vague: “The brick and mortar location from where the Elder Helpers program is run is located in San Diego, California.”

It is hard to find the FAQ pages. They are here and here.

In addition, on SiteJabber, they say: “No. It’s not mandatory to donate to be a volunteer in our organization.”

How to Get in Touch with Elder Helpers

Address: “The brick and mortar location from where the Elder Helpers program is run is located in San Diego, California.”

Phone: +1-734-330-2734. Their website says they do not take calls anymore, but they have not taken down their phone from SiteJabber.

How to Find Elder Helper Volunteers

An Elder Helper volunteer creates a profile that includes his or her location. To search for a volunteer, you specify your ZIP code to match your location with volunteers.

Click here to search volunteer profiles in your area:  https://www.elderhelpers.org/people/search.php

Volunteers create profiles for you to read. Each profile has eight icons, representing services volunteers are willing to perform. When the icon is gray, the volunteer does not offer that service. When it is in color, they do.

Therefore, for instance, if you were looking for someone who will give you rides, you would click and read profiles with the “Giving Rides” icon.

Elder Helpers asks for a monthly donation to connect you with volunteers. It is pretty much the equivalent of paying a contractor for a few hours of work. In exchange for your donation, you get access to the volunteers’ contact information.

Step 4: Use Your Code

Your donation gives you access to the ElderHelpers.org website. Elder Helpers sends you a code, which you use to login.

With your Elder Helpers code and login, you be able to see volunteer contact information. Elder Helpers suggests you talk on the phone first. If things go well, meet your volunteer in a public place, such as a coffee shop. Get to know the volunteer before entrusting him or her with volunteer tasks. Bring a friend or family member to the meeting, if you can.

Elder Helpers says that their volunteers are background checked by IntelliCorp, which they call “a very serious and reputable company that also does background checks for other large organizations.”

I am glad they are a serious company. I would hope they are not silly, or whimsical.

I wrote to Elder Helpers to ask about these inconsistencies in their offerings. I haven’t heard back yet. I will update this article if I do. 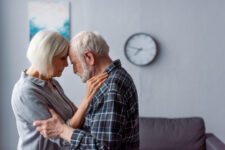 Red Light Therapy (RLT) is the use of light for health. Several published studies show that RLT improves mood, memory, and cognition. Some case studies using RLT on Alzheimer's patients discussed how much easier life was for caregivers after their patients received RLT.
Learn More 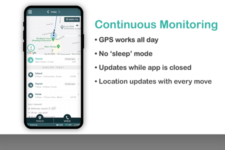 How Can I Track My Parents’ Location Using AngelSense?

The best mom and dad tracker is the AngelSense. They ensure the parent is wearing the device before wandering off. Nothing else matters if they do not have the device with them when they wander.
Learn More 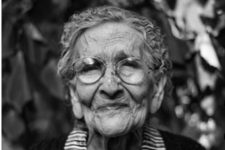 Some Senior Helpers locations have great reputations. Some have terrible reputations. Here's how you choose.
Learn More 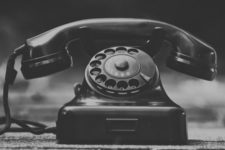 What is a Senior Daily Check-In Service?

A senior daily check-in service calls a senior every day at a certain time. If the senior does not answer after several tries, the service notifies the designated caregivers. With many services, if the caregivers do not respond, the service calls the police to ask for a welfare check on the senior.
Learn More

Taking care of Mom or Dad is by far the hardest and most important job we have. But it's hard, time-consuming, and stressful. The Alexa smart home device is an amazing tool that can ease the burdens of caring for the elderly. Here are four outstanding ways to use Alexa.
Learn More

Red Light Therapy for Dementia
How Can I Track My Parents’ Location Using AngelSense?
Is Senior Helpers a Legitimate Organization?
What is a Senior Daily Check-In Service?
Four Outstanding Ways to Use Alexa for the Elderly