Have you ever gotten something in your eye that just wouldn’t come out? That happened to me the other day. After pulling my eyelid and rolling my eye, I decided to hold a wet washcloth over my eyes. When I put the warm, almost steaming cloth against my eyes, I felt a rush of comfort that I first felt in a spa. I had forgotten how much I loved the feel of a warm cloth lying on the face. I thought, Hey, why don’t I do this more often? That’s how I feel about weighted blankets. I was given one once in the hospital, and I felt so warm and hugged. But then I forgot all about this simple device that made me feel so calm. I wondered if I was the only one who loved the weighted blanket, and so started to shop for one. As a senior, I wanted to know if it was safe, too.

Weighted blankets are safe for all but the frailest seniors. They help reduce anxiety. They can create a calm, peaceful feeling. Seniors can safely use weighted blankets. Use a lighter version if the user is weaker than normal. 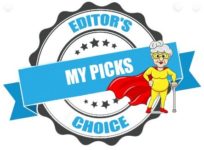 Elderly people often have terrible sleep. They cannot fall asleep, stay asleep, or get a good quality of sleep. They wake in the middle of the night. Causes include anxiety and irritability.

Weighted blankets are “deep pressure touch stimulation” therapy tools. An autistic adult named Temple Grandin created Deep Pressure Stimulation Therapy. She noticed that cattle got particularly calm when held in a box for vaccinations. Grandin created a “Squeeze Box” to quell her own sensory over-stimulation. Researchers discovered that “deep touch” had a profoundly calming effect on everyone, not just the autistic.

Sometimes you just need a good hug. Deep pressure stimulation emulates the sensation of a deep hug, which researchers speculate is why they are effective.

Psychiatric units use weighted blankets to control anxiety in children with autism and behavior problems. Concluding one study, researchers said: “The comforting and relaxing effects of deep pressure touch stimulation can produce optimal conditions for healing in anxiety-ridden patients.”

For What is a Weighted Blanket Used?

Parents give autistic kids weighted blankets to increase calm and decrease anxiety. Studies have shown weighted blankets to be effective in reducing anxiety in adults. A weighted blanket can help calm restless leg. Because users get more sleep, their mood improves and their overall pain levels go down. This happy cycle can even help relieve depression.

How Does a Weighted Blanket Work?

Temple Grandin’s Squeeze Box inspired the use of other pressure stimulation therapies. “In working with children, we have found that 5 minutes of sustained use of the squeeze machine is the minimum typically required to obtain a readily detectable calming effect.” Grandin invented a “squeeze machine” to calm autistic people, including herself.

Deep pressure stimulation switches the body from “fight” to “flight.” The heart rate slows down. The body produces endorphins. In this calmer state, it is easier to calm down, and to sleep.

Using a weighted blanket is like getting a long, deep hug. As we age, we probably need more hugs, because we experience more grief. However, as we lose friends and family, we get fewer and fewer hugs.

Researchers studied the existing literature to determine if hospitals should use weighted blankets on anxious patents. “In hospitalized patients, how does the use of weighted blankets affect the control of anxiety-related symptoms?”

They found 10 articles from 2017 and 2018 relevant to the question. They concluded that hospitals should use weighted blankets before drugs to lower patient anxiety.

“Numerous quantitative and qualitative studies show that a multitude of physiological symptoms and self-reported levels of anxiety are consistently reduced after use of a weighted blanket.”

Even when subjects did not get an objective benefit, they still preferred using the weighted blanket to the regular one.

Researchers tested children’s sleep using a weighted blanket. The children did not sleep longer or fall asleep sooner using the blanket. Yet both the children and their parents said that they preferred the children use the weighed blankets. The blanket had benefits that this study did not happen to measure. 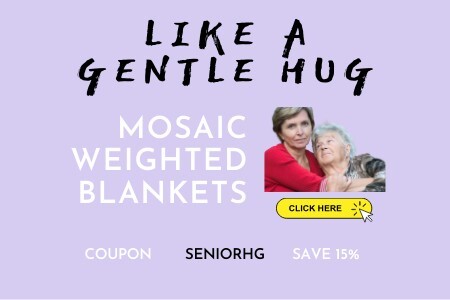 “There were no group differences in any other objective or subjective measure of sleep, including behavioral outcomes. On subjective preference measures, parents and children favored the weighted blanket.”

Do Weighted Blankets Help You Sleep?

Sleep depends, in part, on the body producing enough serotonin. The deep pressure the weighted blanket provides calms the body so that it can produce more serotonin. The relaxation and serotonin both help you sleep longer and deeper. People with restless leg do especially well with weighted blankets. The blanket weighs on the leg during the night, and people get better sleep as a result.

Do Weighted Blankets Help with Insomnia?

In a study of 31 men and women, researchers found significant insomnia improvement prescribing the weighted blanket. They used a fitness type of watch that measured subjects’ sleeping and non-sleeping behaviors. Subjects kept a diary about their sleep times and quality. They also answered questions such as “Is it difficult to move with the weighted blanket?”

They found that the weighted blanket augmented sleep medication. Those subjects who liked the blanket and took medication were the most successful in treating their insomnia.

“When the participants used the weighted blanket, they had a calmer night’s sleep, with a decrease in movements. Subjectively, they believed that using the blanket provided them with a more comfortable, better quality, and more secure sleep.”.”

Is it Safe to Sleep with a Weighted Blanket?

Researchers studied the effects of 30 lb. weighted blankets on 32 adults with varying levels of anxiety. They tested for both safety and effectiveness.

Researches also gave subjects a psychological survey and an exit survey. Subjects rated statements on a scale of one to four, such as “I feel pleasant,” “I feel calm, “I have disturbing thoughts,” and “I feel frightened.”

After using the weighted blankets, subjects’ EDA went down by 33%, and their calmness scores rose by 63%.

Seventy-three percent of the subjects said they would rather use a weighted blanket than take drugs to reduce their anxiety.

Are Weighted Blankets Safe for the Elderly?

Ask your doctor if you want to use a weighted blanket after surgery; if you are very weak; if you have breathing, temperature regulation, or circulation problems.

What Weight Blanket Should You Get?

The research-based rule of thumb is to use a blanket that is at least 10% of the person’s bodyweight plus up to 2 lb. You do not base the blanket on the bed size, but on the person who is using it.

What Weight Blanket Should an Elderly Person Use?

If you are getting the blanket for an elderly person who quite weak or fragile, then 10% of bodyweight might be too high. The user has to be strong enough to lift the blanket. Therefore, for example, a 120 lb. woman would need to be able to push aside a 12-14 lb. blanket. She does not have to lift the entire 12 lb. However, you do not want to trap a weak person under a blanket that is too heavy for her to move.

What is the Best-Weighted Blanket for an Elderly Person? 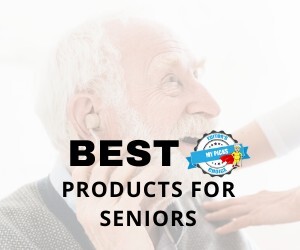 How Preventing a Hip Fracture Can Save Your Life

10 Simple Aging in Place Ideas to Keep You Safe (with Pictures!)

Why I Am Buying an Adjustable Bed (Plus a Bonus GERD Remedy!)

6 Ways for Seniors to Conquer Loneliness and Feel Connected

How to Buy a Pulse Oximeter

Can I Use a Pulse Oximeter to Check for COVID-19?

What to Look for in Vacuums for Seniors

Is the MOOSOO Cordless Vacuum Cleaner Good for Seniors?

Is the Tineco A11 Hero Plus a Good Vacuum for Seniors?

This is the Best 100% Wireless Cameras for Seniors

Security for the Elderly Living Alone 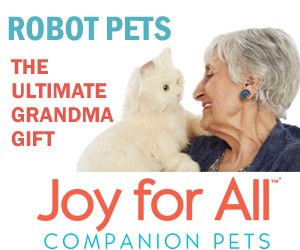